The mission of the Chicago State University Archives and Special Collections is to preserve and document the history of Chicago State University. We do this through collecting its records and publications from the colleges, departments, centers, and administrative units. Among these materials are yearbooks, correspondence, theses, university and student publications, catalogs, photographs, multimedia, financial records, and reports. 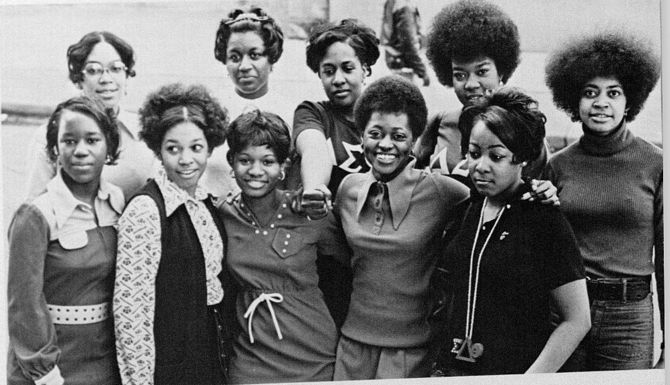 The Archives also serves as stewards for records compliance for the University. We determine the historical value of records and dispose of others through the records retention schedule as mandated by Illinois state law (The State of Illinois State Records Act, 5 ILCS 160).

CSU’s Special Collections preserves the history, literature, politics and culture of Africans Americans, with a special emphasis on Chicago’s South Side communities as well as the history of education.

The Thomas H. Wirth Collection of African –Americana has several works about Chicago. This collection is comprised of eighteenth- and nineteenth-century African-American history and literature, particularly dealing with the topic of slavery.

The photograph collection is growing and contains the Steve Balkin Maxwell Street Photographic Collection and University History. Additionally, we have oral histories from Chicagoans from all different areas of the city.

The R. Eugene Pincham and Alzata C. Pincham Collection, which consists of personal and legal correspondence, court opinions, awards, artifacts, and scrapbooks. Judge Pincham was born in Chicago and raised in Alabama he became a trial lawyer; a Judge of the Circuit Court of Cook County, Illinois; he was appointed the Illinois Supreme Court as Justice of the Appellate Court of Illinois, First District, Chicago; and taught law at various colleges including Yale University, Northwestern University, and DePaul University. Many of the cases he tried dealt with civil rights issues and he was an advocate for juvenile justice.

Provident Hospital and Training School Collection, this institution was the first privately owned hospital by African Americans in the nation and served as training school for African American nurses. It opened in 1891 on 29th and Dearborn in Chicago, IL. Some of the individuals involved in creating the institution were Dr. Daniel Hale Williams, Emma Reynolds, Reverend Louis Reynolds, and Reverend Jenkins Jones. The collection consists of photographs, correspondence, birth registers, financial and administrative records, and newspaper clippings.

Other collections include the Illinois Legislative Black Caucus Records and exhibit located in LIB 352; former Senator Margaret Smith’s papers and photographs; and the Book Circle, which was a reading group organized by African-American women on the South Side of Chicago to “boost morale” during World War II. The group continued to meet on a monthly basis over the next fifty years.