Oak Park has a long and storied history of world-famous authors, architects, and activism for which the Oak Park Public Library—with its community partners—offers stewardship. 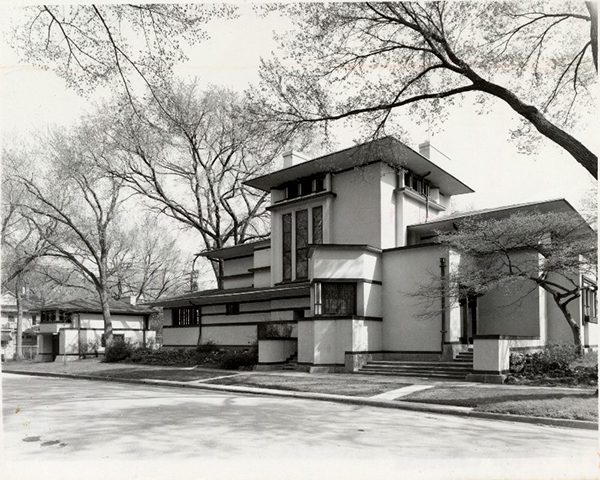 Special Collections at the library include items reflecting the architecture, creativity, and diversity of Oak Park from the late 19th through the 20th Centuries. Core curated historical collections include the Hemingway Archives, Frank Lloyd Wright Collection, Local Authors Collection, Open Housing Movement Archives, and the Scoville Institute Collection.  In addition, the Oak Park Local History Collection includes books, oral histories, and the beloved Philander Barclay Photograph Collection: a local bicycling photographer who captured the turn of the last century at the time the Hemingways and Wrights strolled the avenues.

Oak Park was the home of Frank Lloyd Wright, and as such the library’s collections feature such rare items as a Wasmuth Portfolio (1910) containing 100 lithographs of Wright’s works. Architectural historians have access to The Steiner Index, which indexes Oak Park and River Forest homes (1896-1916); and numerous digital collections feature the works of Wright and other instrumental Chicago-area architects.

Edgar Rice Burroughs first moved to Oak Park in 1910 and lived here for most of the decade. Early in his tenure here, he completed the first of his Tarzan and his Martian stories, and by 1918 the first of the Tarzan movies had been produced. The Oak Park Public Library collects materials relating to him and to his works.

Frank Lloyd Wright moved to Oak Park in 1889. Some of this town's wealthy residents were among his first clients. By 1909, when he left Oak Park, Wright had completed over one hundred fifty buildings. The Oak Park Public Library collects materials relating to him and to his works.

The Gilman Lane collection has photographs of the architecture of Frank Lloyd Wright and others in Oak Park, River Forest, and beyond. The photographs were given to the Oak Park Public Library after Mr. Lane's death in 1961.