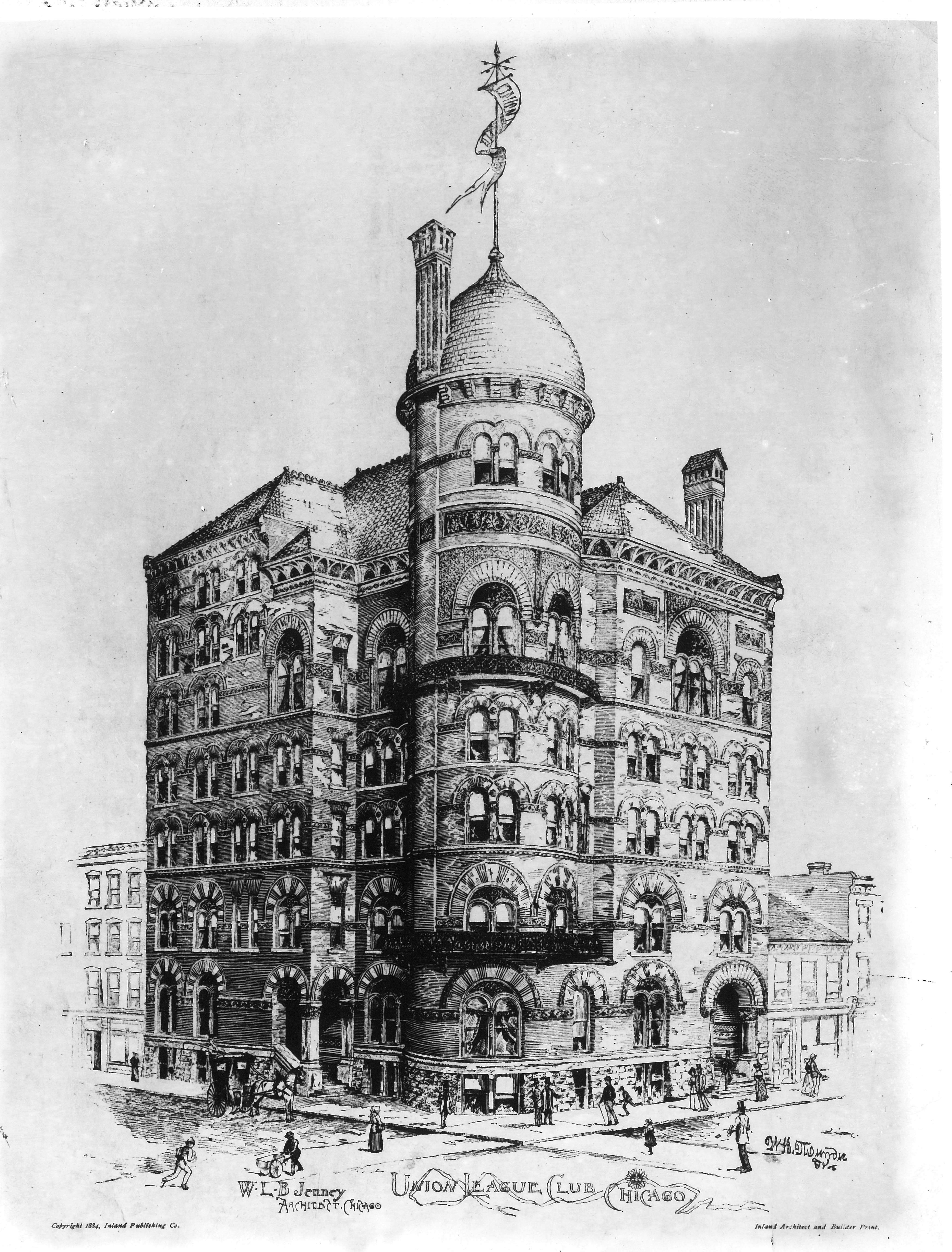 The Union League Club of Chicago (ULCC) was founded in 1879 and traces its origin to the Union League of America (ULA), a Civil War era organization formed to support Abraham Lincoln and to help preserve the Union. Although the ULA Illinois Chapter disbanded after the war, several former members assembled in Chicago to create a private city club based on upholding the sacred obligations of citizenship; honesty and efficiency in government; patronage of cultural institutions and support for our nation’s military and their families. During its 140-year history, ULCC members have made and continue to make significant contributions to Chicago’s civic and cultural life as demonstrated by the Club’s commitment to community, country, and culture.

The ULCC Archive functions primarily as the repository for ULCC membership and institutional records dating from its original charter in 1879 to the present. Membership records include member applications, referral letters, and member portraits. Member records document a virtual “Who’s Who” of Chicago and include prominent Chicago figures such as James Bradwell, Lewis Coburn, Daniel Burnham, William LeBaron Jenney, Julius Rosenwald, Charles Dawes, Richard J. Oglesby, and George N. Leighton. ULCC institutional records also include documents, manuscripts, photographs, audio tapes, video tapes, film, and ephemera from various Club and city-wide activities, political and cultural events. Many of these materials document ULCC member involvement in such landmark historical proceedings such as the World’s Columbia Exposition of 1893; exposure of voter fraud corruption during the early 1900’s; creation of the Chicago Crime Commission and The Secret Six; Century of Progress World’s Fair; development of the Museum of Science & Industry; building of the Harold Washington Library; establishing of The Boy Scouts of America; and the 1971 Illinois Constitutional Convention.