In celebration of its 10th Anniversary, the Chicago Collections Consortium, in partnership with the Poetry Foundation and the Chicago Public Library Harold Washington Library Center, launched an annual poetry contest for high school students in Chicago and the surrounding suburbs.

The poetry contest invited students to browse EXPLORE CHICAGO COLLECTIONS, a vast portal of archives and images from member collections, and write a poem inspired by what they find.

With submissions from over 23 Chicagoland high schools, CCC is proud to recognize the following students for their outstanding poems:

Chicago Collections is grateful for the anniversary funding from the Gaylord and Dorothy Donnelley Foundation and an anonymous donor. 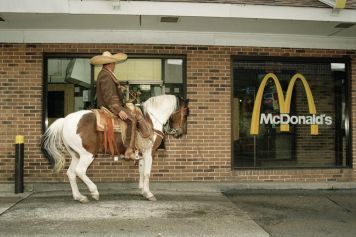 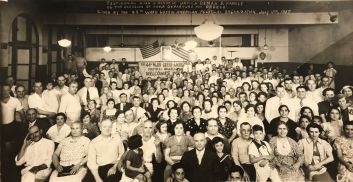 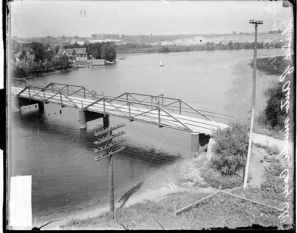 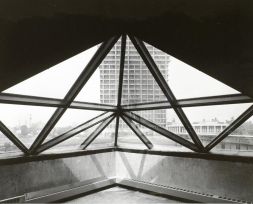 Bright
This city is a class,
every street paved with the wisdom of its past,
every building built with the knowledge that it wouldn’t be the last 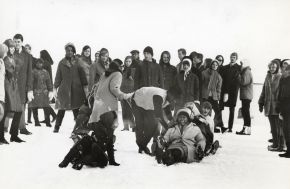 Snowy Lake
On a snowy winter day, along Chicago’s lake shores,
I embark on my walk around the ice frosted lake.

First I walk past a once grassy hill,
But now covered in a thick layer of snow,
A group of three children speed downwards,
Huddled together in their crimson red sled,
Screaming in their ethereal glee as they screech to a halt,
On a small patch of pavement, carved from the snow
Through what could only be thousands of runs prior.

Then a small field of grass, spreading around a small tree.
A young couple, perhaps in college, lay laughing in the snow.
Weaving giant snow angels in the ground, with the occasional
Shrill shriek when snow gets under their heavy winter jackets.
Then they roll together, wrapping each other in the warmth of
Each other’s arms.  Whispering some trivial secret in each other’s ears. 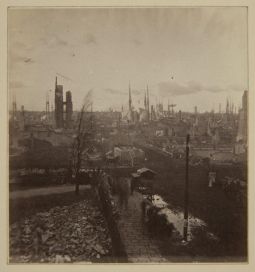 The Chicago Fire of 1871
Like all things, once from nothing,
Came with it a blinding light.
One that set ablaze the starry night sky;
And burned through a polluted city.
Fueled by the apathetic minds and
Decisions of the oblivious man.
A poisoned river, a catalyst for the light,
The origin unknown; brought
Upon it a devastation unmatched.
That cured the consequences of man’s
Actions, and brought with it a new world.
From the ashes, the upbringing of growth,
A new world; awaiting to change. The failings of those responsible,
For the light; a direct consequence.
One full of death and sorrow, only to
Be acknowledged by the light.
Failure, the most basic and
Influential teacher; one that teaches
Only those who accept its truth.
And allows for a magnification of

Man’s intellect, to usher in a stronger
And more concrete world, one that
Cannot as easily burn and disappear.
The value of all things, unknown;
Only until they are lost.
That stand as the foundation for
The understanding of one’s own
Failings, and the lessons that lie within.
In retrospect, a city not ready and
Unknowing; one that because of
The light, guides man to a new reality,
Upon which will accelerate the
Growth and strength of man.
Time being the only healer, a force
Not yet fully understood, but one that
Allows for the failings of man to be
Disregarded, and learned from.
An opportunity for the beauty of humanity
To be expressed, a quite possible truth,
Set in motion on the foundation of countless lies.
One that can usher the creation and innovation
Of infinite processes and beliefs, that in which
Will lead to inspire a city, and quite possibly
A different light, that has the power to
Change and shape the future of man’s intellect.