Place of Protest: Chicago's Legacy of Dissent, Declaration, and Disruption 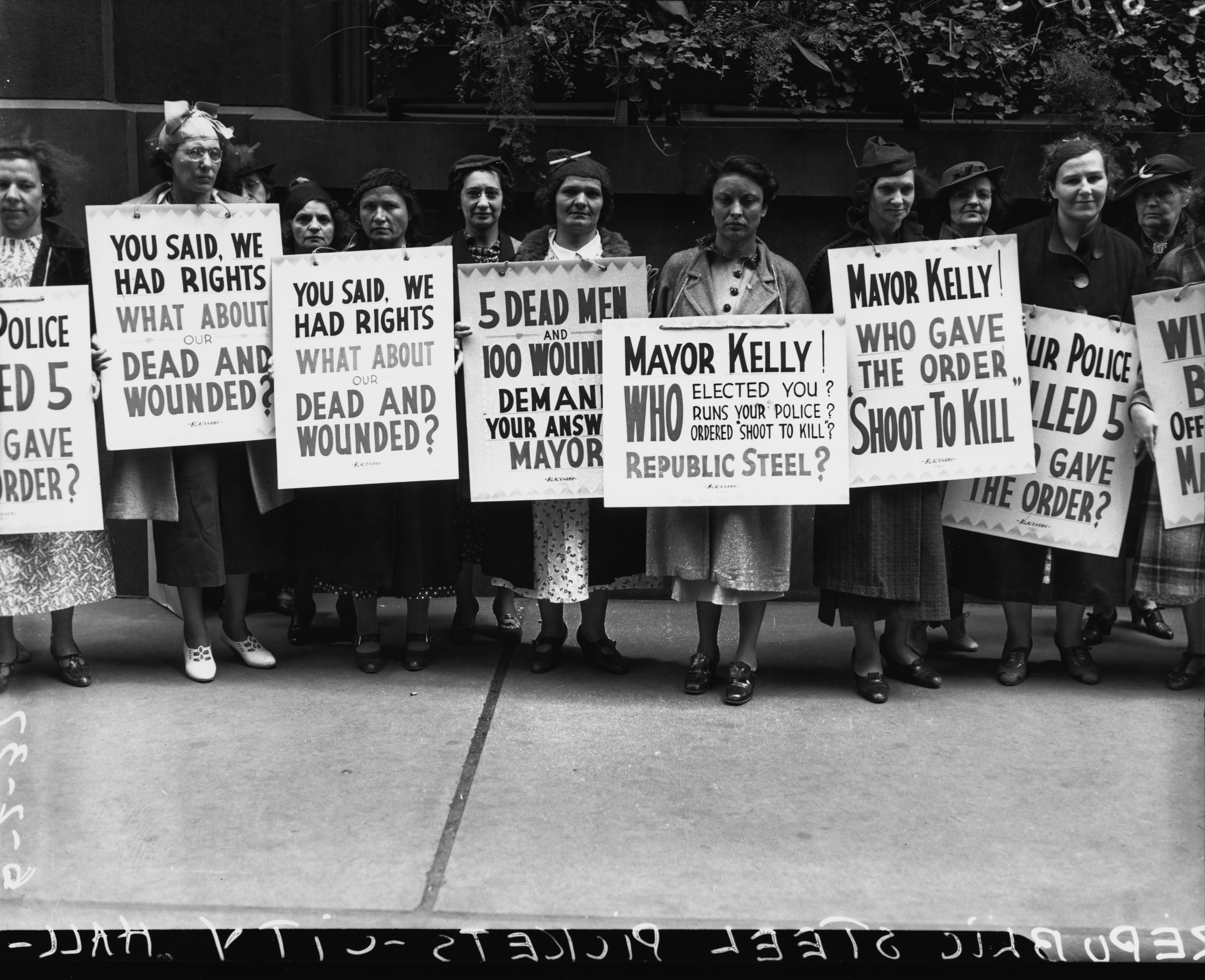 How have protesters in Chicago occupied space with their bodies, voices, and possessions?

What do their strategies reveal about a protest's purpose and message?

From a makeshift bomb hurled into a crowd of police officers and laborers in Haymarket Square to a city-wide boycott of Chicago Public Schools in protest of continued segregation, the exhibit tells the stories of dissent among labor, civil rights, and antiwar protesters through archival images, documents, and oral histories curated from libraries and cultural institutions around Chicago.

The interactive exhibit encourages navigation though a timeline of events as well as an interactive map that reveals how local declarations uniquely expressed national tensions and the ways in which memories of protest shape Chicagoans' responses to urban conflict.

LEARN MORE and browse other upcoming events, programs, and resources on the protest theme.

PHOTO: WOMEN PROTESTERS PICKETING AT CITY HALL IN SUPPORT OF REPUBLIC STEEL STRIKERS AFTER WHAT IS KNOWN AS THE MEMORIAL DAY MASSACRE, CHICAGO, ILLINOIS, JUNE 2, 1937