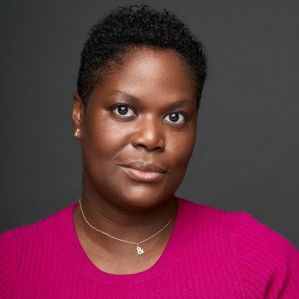 Toya Wolfe grew up in the Robert Taylor Homes in Chicago’s South Side. She earned an MFA in Creative Writing at Columbia College Chicago. Her writing has appeared in African Voices, Chicago Journal, Chicago Reader, Hair Trigger 27, and WarpLand. She is the recipient of the Zora Neale Hurston-Bessie Head Fiction Award, the Union League Civic & Arts Foundation Short Story Competition, and the Betty Shifflet/John Schultz Short Story Award. She currently resides in Chicago, Last Summer On State Street  is her debut novel.

In this stunning debut novel, inspired by the author’s own lived experience, Wolfe pulls back the curtain on life inside the projects, portraying with absolute authenticity what it’s like to grow up in a world where gang violence, stray bullets, and predators are a part of one’s social fabric. Yet the story is filled with joy and buoyancy—a beautiful reminder of childhood innocence and the power of community and family. Profound, reverent, and uplifting, Last Summer on State Street explores the impact of racist institutions, redlining, gentrification, the power of owning one’s past, and those defining relationships which form the heartbeat of our lives.

Dawn Turner is an award-winning author and journalist. Her most recent book, Three Girls From Bronzeville, was named a Notable book of 2021 by The New York Times, and The Washington Post, among others. A former columnist for the Chicago Tribune, Dawn spent a decade and a half writing about race, politics and people whose stories are often dismissed and ignored. Dawn, who served as a 2017 and 2018 juror for the Pulitzer Prize in commentary, has written commentary for The Washington Post, PBS NewsHour, CBS Sunday Morning News show, NPR’s Morning Edition show, the Chicago Tonight show, and elsewhere. She has been a regular commentator for several national and international news programs, and has reported from around the world in countries such as Australia, China, France, and Ghana. Dawn spent the 2014–2015 school year as a Nieman Journalism fellow at Harvard University. In 2018, she served as a fellow and journalist-in-residence at the University of Chicago Institute of Politics. In 2018, she established the Dawn M. Turner and Kim D. Turner Endowed Scholarship in Media at her alma mater, the University of Illinois at Urbana-Champaign.

Attend the event In Person or Virtual
How to Attend - In Person:
Doors to the Auditorium open at 5:30 p.m., and seating is first come, first served (350 capacity). Books are available for purchase, and the author will autograph books at the conclusion of the program.

How to Attend - Virtual:
This event will also take place live on CPL's YouTube Channel and CPL's Facebook page. You will be able to ask questions during the event as well! Can't make it to the live stream? CPL will archive the video on YouTube to watch later.